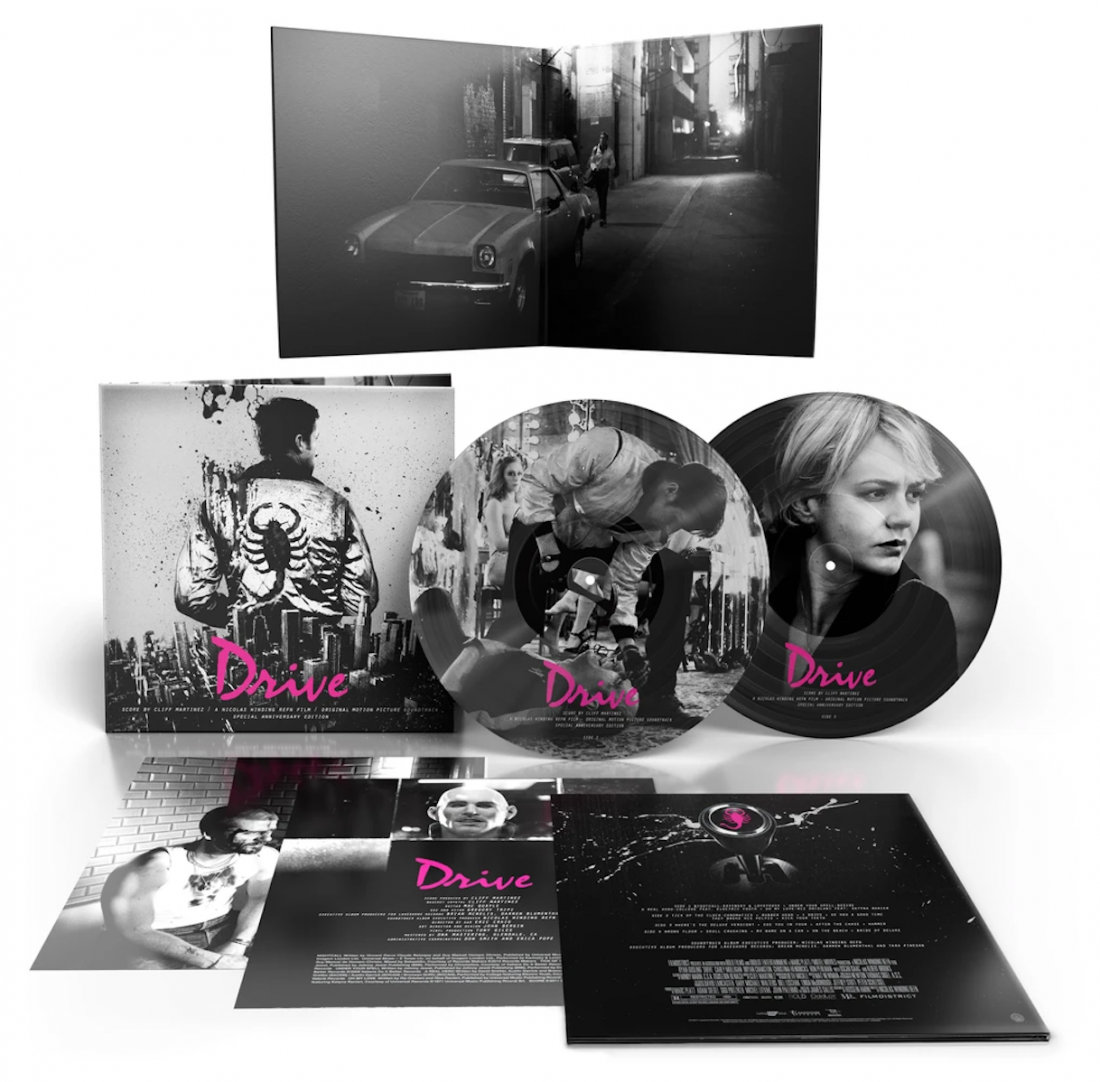 Invada Records has announced pre-orders for a special edition 10th anniversary print of the original motion picture soundtrack to Drive. Drive is scored by SMA composer Cliff Martinez and the film is directed by Nicolas Winding Refn.

The vinyl artwork has been completely re-designed, and features stunning new packaging exploring the film’s Noir element through the use of black and white imagery.

This is the Invada Records Ltd Edition Exclusive picture disc variant, featuring 4 sides of beautiful imagery from the re-designed artwork. This variant is only available from the Invada web-store!!

The soundtrack features the legendary synth score by Cliff Martinez along with tracks by artists such as College and The Chromatics.

This is a limited edition anniversary pressing, and once it’s gone it won’t be re-pressed.

Drive was a smash hit upon release as it charted at #4 on the iTunes album chart and peaked at #35 on the Billboard Top 200. Accolades came rolling in such as Spin Magazine that lists it as one of the “Top 40 Movie Soundtracks The Changed Alternative Music.

Notes Martinez: “The words ‘hit’ and ‘soundtrack’ seldom appear in the same sentence. The score to Drive is the closest I’ve ever come to having anything of the sort. And I wish I knew the recipe for it’s success as no one is more eager than me to repeat the experience.”

To order the special edition print of the soundtrack, please visit https://bit.ly/39PK7GI